Center Stage Theater was built in 1989-1990 as part of the Paseo Nuevo shopping center according to the Ground Lease and CCRs negotiated by the City of Santa Barbara and the devloper, Reininga Inc., with the help of the City of Santa Barbara Redevelopment Agency and the Santa Barbara County Arts Commission. (The present home of Contemporary Arts Forum, across the terrace from CST, was part of the same process.) Artspace, Inc., which operates the Center Stage Theater, was formed in 1989 by a consortium of non-profit performing arts organizations, specifically to administer the new theater, which had not yet been built, and to advise the developer and architect in building-out the space to meet the actual needs of performing artists and presenters. The following article appeared in the Santa Barbara News-Press in September 1989, just after groundbreaking. The theater had no name yet, nor the first stick of a building, and Artspace was called Arts Services (and there were no Web sites). The article looks at the innovative arts-business-government collaboration that created Center Stage Theater.

LOOKING INSIDE THE BLACK BOX 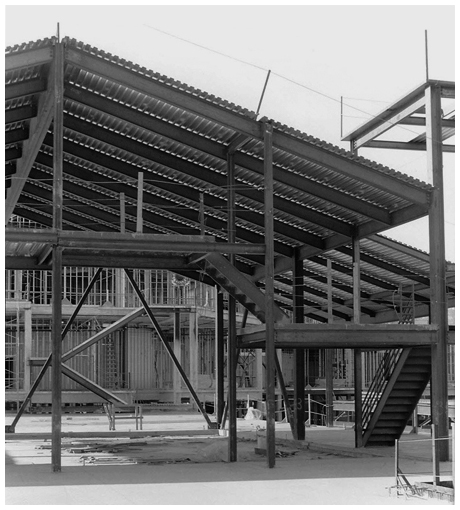 When the curtain finally goes up, the Black Box Theater in Paseo Nuevo will be real magic for local performing arts groups. On the outside, it will look like part of the Paseo Nuevo shopping mall, Spanish architecture and all. But on the inside it will be a black box where the magic of theater happens. A small, affordable, flexible, available theater in the heart of Santa Barbara, for Santa Barbarans, run by Santa Barbarans, has long been the "impossible dream" of artists and audiences alike, said Eric Larson, spokesman for Arts Services. Arts Services is a consortium of local arts groups which has been working with the Reininga Corp. to see the dream come true. During the planning stages of Paseo Nuevo, the City insisted that the new shopping mall contain an arts component: a theater and an art gallery. The Reininga Corp., planners and builders of Paseo Nuevo, agreed. The gallery space was allotted to the Contemporary Arts Forum, but no single tenant wanted to take over the theater. Reininga briefly considered running it. In late January, Larson, executive director of the Society for Jazz and World Music, Rod Lathim, director of Access Theater, John Kelly, president of Actors' and Playwrights' Theater, and Beth Burleson, executive director of Dance Alliance, met to discuss the possibility of a theater run by its own users. "We saw the vacuum and stepped in," said Larson. "We went to the City Arts Advisory Committee with a proposal. The consortium's foremost consideration was to keep the theater affordable and financially accessible to small groups, yet to provide a complete range of equipment and services necessary for even the most elaborate productions." Patrick Davis, executive director of the County Arts Commission and a member of the City Arts Advisory Committee, became the fifth member of the team which is preparing to administer the theater. "Black box" is a generic term for a versatile small theater. Such modular theaters have been built all over the country--two in Santa Barbara. The Studio Theater at City College and the Studio Theater at UCSB are built on the "black box" concept. "A black box theater is a void space in which anything can happen," Larson said. 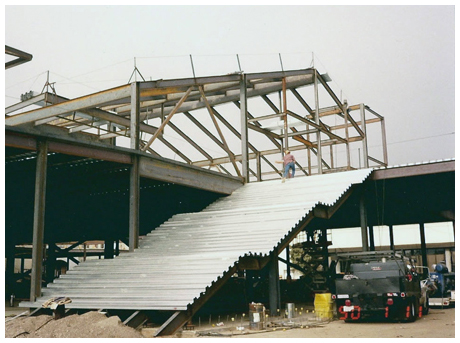 "The theater will be in the middle of the new mall, a focal point. It will be a very happening place," Larson said. Now that the physical planning is done, the people planning is under way. The theater will have a nine-person board of directors and an advisory committee of about 20 people drawn from business, the arts and education. At least half the members of the board will be people with hands-on arts experience. "We want to keep the theater under the control of those who will be using it," Larson said. "We have been concentrating on getting the organization going," said Burleson, "getting financial support for the theater and designing bylaws." The rules for programming and administration of the theater are not finalized, Burleson said, but various options are being considered.

The board of directors would probably review proposals semi-annually and recommend programming priorities, while leaving some space open for short-notice bookings throughout the year, said Larson. Because non-profit groups depend upon a changing work force of volunteers, workshops will be held to show arts groups how to operate the theater's equipment. "This will be a place for high-quality, creative programming," Larson said. "Criteria will be quality, originality and audience. We will be aware of serving the underserved and addressing community issues." The theater's use will tie into other events, such as UCSB's Arts and Lectures residency programs. "It will give the university a place to bring events downtown," Larson said. It will also tie in with Fiesta, Summer Solstice, Black History Month and other community activities. "By giving the arts groups more options and the opportunity to perform more, the theater could create an artistic renaissance in the community," said Burleson. Larson anticipates the theater will be used for 400 events a year--250 to 300 evening events such as dance, music, theater, lectures and films--and daytime use for rehearsals, classes and noon concerts. "We bought a big calendar and just started tentatively filling in events we already know about. We filled 250 nights in 15 minutes," Larson said. The rental fee is expected to be $200 a night for non-profit groups, which would include box-office services and pre-show and show services by a technical director and house manager. The scale might vary for profit-making groups, and special rates would be available for classes and rehearsals. "We will try to get the County to offer subsidies for certain low-budget groups to enable them to use the theater," Larson said. "Currently, the only performance space that is affordable is the Music Academy of the West, and that is too far out of town." The tentative date for opening the new theater is Aug. 1, 1990 "We'll be prepared to start booking six months before opening, but people are already beating our doors down," Larson said. The black box will be built, with seats and a grid for lighting, but there is still fund raising to be done. The member organizations of the consortium have committed a portion of their own funding for capital improvements--lights, a refrigerator, a piano and a computer for the box office. Arts Services is negotiating the terms of the leasing and managing arrangements with Reininga. One proposal would have Reininga provide first-year funding for theater equipment, including lighting and sound systems, which Arts Services would purchase with supplementary funding before the theater's opening. There would also be provisions for salaries for theater staff for the first several years of operation. "We have to do our legal housekeeping," Larson said. "Then we can go out and start buying lights." Reininga has access to an attorney in the San Francisco area who is helping set up bylaws for the operation of the theater, said Katherine Holden, spokeswoman for Reininga. "Reininga is thrilled with the enthusiasm and the spirit of cooperation the arts groups have shown. There are smiles all around. We are all working closely t>see our wildest dream come true," she said. "The project will really benefit the entire community." Reininga will have one person on the board of directors. "We will have a voice, but it will not be a majority voice," Holden said. "This theater will be another phase of bringing the arts and business together. "This is also the first time the arts groups have gotten together in this sort of collaboration," Holden said. Theater, dance and music--a good cross-section--this may be a new beginning." As it has evolved, the 50-by-50 building will have modular seating for 150 and staging that can be moved around to accommodate everything from one lecturer to full-scale productions. The stage can be in the center, against one wall, or in a corner. There will be a lighting grid, a piano and a sound system. There will be a box office, restrooms, dressing rooms, a kitchenette and storage. A theater manager and a technical manager will be available on-call. These specifications came out of a series of public meetings set up last winter by Arts Services (a name the new consortium adopted as an umbrella). Representatives of Reininga, the Arts Advisory Council [sic], the City Redevelopment Agency and the County Arts Commission met with representatives of UCSB and arts groups, such as De Colores, Multicultural Performing and Visual Arts Festival, the Contemporary Arts Forum and Teatro Mestizo. "We got good ideas and support," Larson said. "People wanted to know if this was just pie in the sky again, or did we really know what we were talking about.?" These discussions resulted in valuable suggestions based on the participants' experiences in the lively arts and have strengthened Arts Services' proposal, he said. "Previous proposals have either been too expensive, too small, too large or too complicated. We needed expertise on how performance space really works." "The advantage of a theater run by performing artists in the community is that each individual group will have more opportunities and more options for performing," said Burleson. "It also offers more chances for cooperative and collaborative programming--such as the Arts Festival." Arts Services took the results of its discussions to Reininga's architects in April and the plans were firmed. The theater will be situated where West De la Guerra Street is now, between State and Chapala streets.